We hope everyone had a merry Christmas. Hopefully you were able to take some time off.

Many of you have probably read about Fannie Mae’s plans to deploy a new Appraisal Quality Monitoring (AQM) process on January 6th, 2014. If not, we recommend that you read the details here.

UPDATE 12/26: This has been added to both TOTAL and WinTOTAL. Click on the Help menu within TOTAL or WinTOTAL, then the updates option to make sure you're on the most recent version.

Get a head start on the upcoming UAD changes

Are you ready for the new UAD instructions coming in a few weeks? The new guidelines go into effect on January 2nd. The video above walks you through what to expect in TOTAL and WinTOTAL in the coming weeks. (Be on the lookout for Instant Customer Updates soon.)

With the new year comes new UAD guidelines from the GSEs. These specifically relate to the Design/Style and Garage/Carport fields. We'll release updates to TOTAL and WinTOTAL to incorporate the new guidelines soon. For now, here's a quick overview of what to expect. 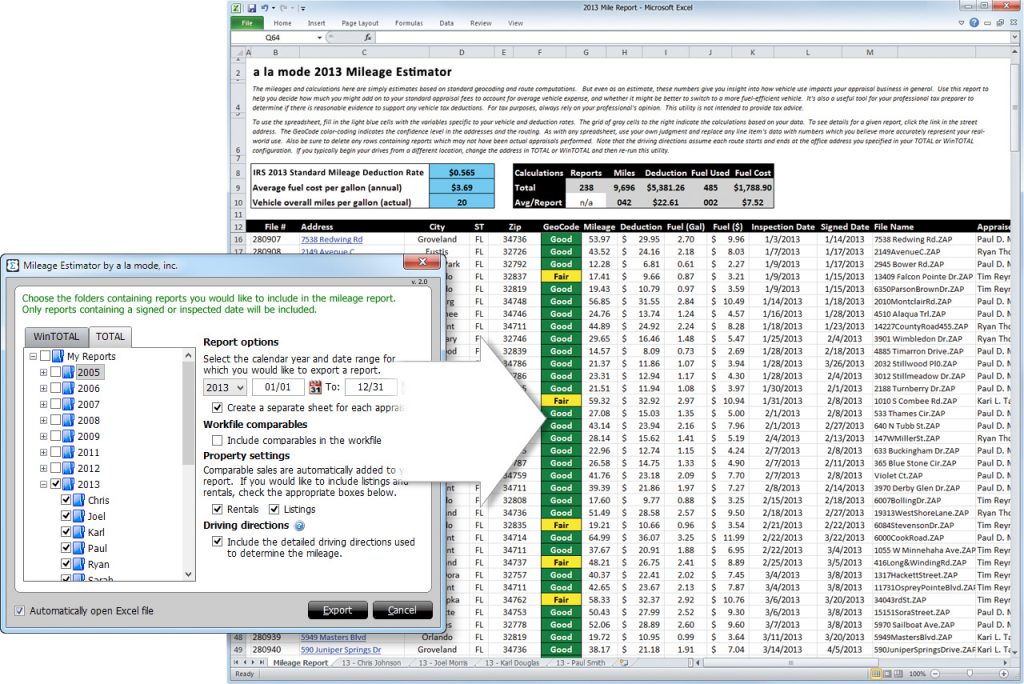 We introduced the 2012 edition of Mileage Estimator this spring with instantly popularity. And we just released the 2013 version today. It turns your entire 2013 WinTOTAL and TOTAL databases of signed or inspected reports into a customizable spreadsheet with mileage totals, fuel consumption, fuel expense, and even vehicle tax deduction estimates. The idea came […]