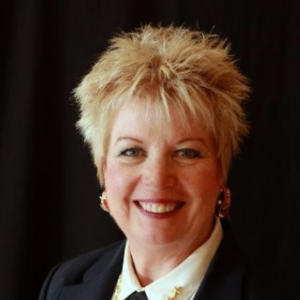 Karen Mann is a Certified General Appraiser in Discovery Bay, CA. In her 39-year tenure, Karen has made it her mission to help continue the evolution of the industry – serving on several national and local committees for both the Appraisal Institute and the American Society of Appraisers.

Karen’s start in the industry began with an accidental encounter with an appraiser who was moonlighting in home remodeling in 1979. “My husband and I had contracted a room addition, and it just so happened that one of the contractors was an appraiser,” said Karen. “I had mentioned that I used to work as a secretary and before I knew it, he was asking me how I felt about typing reports for him.”

The chance encounter turned into a job typing appraisal reports for $3 each. It was the perfect job for Karen who was a stay-at-home mom at the time and enjoyed being able to work from home. “I was always interested in real estate,” Karen recalled. “My dad and grandfather were both in construction, so I grew up around the industry, in a way.”

In just a short amount of time, Karen was typing appraisal reports for all five appraisers in her area. Not long after, she realized that appraising was something she wanted to start doing. “After typing hundreds of reports, it was like, ‘Wow, this appraisal thing is pretty cool.’ When I started correcting their mistakes, they’d ask me if I wanted to learn the right way to do appraisals,” Karen mentioned. “They each thought that their way was the right way. So I felt like I got the best training out of everybody. I had to keep those guys straight, but boy, did they put me through the ropes.”

Within two years her side business of typing appraisals had turned into a full-blown appraisal business. Not long after, one of her mentors reached out and suggested they start their own business together. “He said, ‘Karen, with your youth and enthusiasm and my old age and treachery, we should start our own office,’” Karen recalled. “He used his experience and contacts to open the office, and I handled the marketing while we both appraised.”

Karen worked with her long-time mentor for 10 years before his passing. “He was like a father to me, and I will always be very appreciative of the guidance he provided,” said Karen. “I’m touched that all five of those men took part in the training of Karen J. Mann.”

A woman’s point of view

Even in the beginning, Karen never felt it was a big deal to be a woman in a male-dominated industry. If anything, she remembers homeowners being the only people to differentiate. “I’ve taken for granted that there are a lot more women in the industry now than when I started in 1980,” said Karen. “I remember a few borrowers in the very beginning that would ask when he [the appraiser] was going to show up. They were sure I was just there to take measurements until the appraiser arrived. Soon they realized that I was the appraiser, and quickly recognized their faux pas.”

Karen feels blessed that she’s been able to work alongside her peers on an equal platform throughout her tenure in the industry. “There’s no glass ceiling in appraising,” Karen said. “If you put the work in, you’ll reap the results.”

Like most appraisers, Karen has missed a few birthdays and anniversaries over the years due to class work and late-night hours. “My oldest son will never forget about me missing his 16th birthday so I could become a certified general. I just knew that if I didn’t take the class, it would be much harder or take much longer to do it later,” recalled Karen. “But my family understands the hand-offs and are thankful for what this profession has been able to provide for all of us.”

In these past 39 years, Karen has seen how technology has impacted the appraisal industry. From typing reports on her IBM Selectric to hand-drawn sketches and glued-on photos, Karen’s done it all. She still has the architectural scales that she uses from time to time to prove that ‘this ole girl still has it.’ She’s amazed at how far technology has come since she first started and highly advises other appraisers to embrace technology too.

“We were the first appraisal company in the San Francisco area using digital cameras,” said Karen. “As appraisers, we should look for ways to be as efficient as possible. From the tools we use to the software we rely on, tech is important.”

Karen has been an a la mode customer for 29 years and upgraded from Gold to Elite in 2017. “I wanted the ability to build a quality report and take it to the next level for production,” said Karen. “Being an Elite is totally worth the price. Your support team is there 24/7, always ready to help. For those of us with issues on a Saturday night around 10 PM on the verge of a meltdown – it really comes in handy! I’ve gotten more out of my Elite membership than I ever thought I would.”

Karen has used her Product Coaching Calls to boost her efficiency. “I was wasting a ridiculous amount of time taking my pictures, uploading them to my desktop, and then inserting them into my reports,” Karen said. “The Product Coach walked me through how to do that, plus how to do my sketches and insert subject photos using TOTAL for Mobile on my iPad. Those calls have already saved me at least an hour per report. I’m sure there’s even more I haven’t even touched yet.”

In the last few years, Karen’s made the switch back to a one-man shop operation. She turns a high volume of both commercial and residential appraisals – averaging around 20 to 40 reports a month. She knew she’d need to be as efficient as possible without having anyone as a backup and is confident that her Elite Membership will help her with that.

Karen’s success in the industry started with a fortuitous event that turned into a successful career and a lifelong friendship. Even today, she remains close to two of the mentors that helped her get started. Her leadership and activism in the industry have helped guide others just getting started, and her acceptance of technology has aided in her success.

“Becoming an appraiser has changed my world. I’ve now been in quite a few leadership roles in and outside the appraisal industry. And, I feel that I’ve had a very fortunate career. I’ve worked really hard, but for the whole 39 years (so far), it’s been an honor to be an appraiser.”