Posts about Vault with Exact

Keep your settings and preferences safe

In the (frankly, terrifying) event of a computer breakdown, Vault keeps your report files safe and sound. But what about your QuickLists, comps, signatures, and user settings?

Is that report backed up? Find out instantly with Vault SmartFilters

You’ve probably heard about Vault – maybe you’re already using it to back up your reports! If your computer crashes, or you’re affected by something else out of your control, Vault gives you the peace of mind that all of your reports are safe.

Ever had to get a new computer on a whim? Whether you faced a crash, or the grandkids spilled water on your laptop, unexpected purchases are never fun. And that's before you start thinking about setting up all your old settings on your new machine…

Is that report in the Vault? Use Vault status icons to find out…

When you have hundreds of reports in the Appraisal Desktop, it can get pretty hard to remember which ones you’ve sent to the Vault or not. And you need to know if they're backed up in the case of an emergency. We don’t want there to be any confusion when it comes to the security […]

Win big this March with this Elite 8 bracket

March Madness is officially underway and, like millions of sports fans across the country, we’ve got the fever. While we were busy filling out our brackets and arguing over which team would take home the trophy, we realized we had an Elite 8 of our own. Below are just eight (of the many) benefits you […]

Have you ever spent hours (or even days) getting all of your appraisal files and settings back into place? All because of a hard drive crash or a switch to a new computer. It’s always better to play it safe with your appraisal data and be well prepared for these situations. No matter if you […] 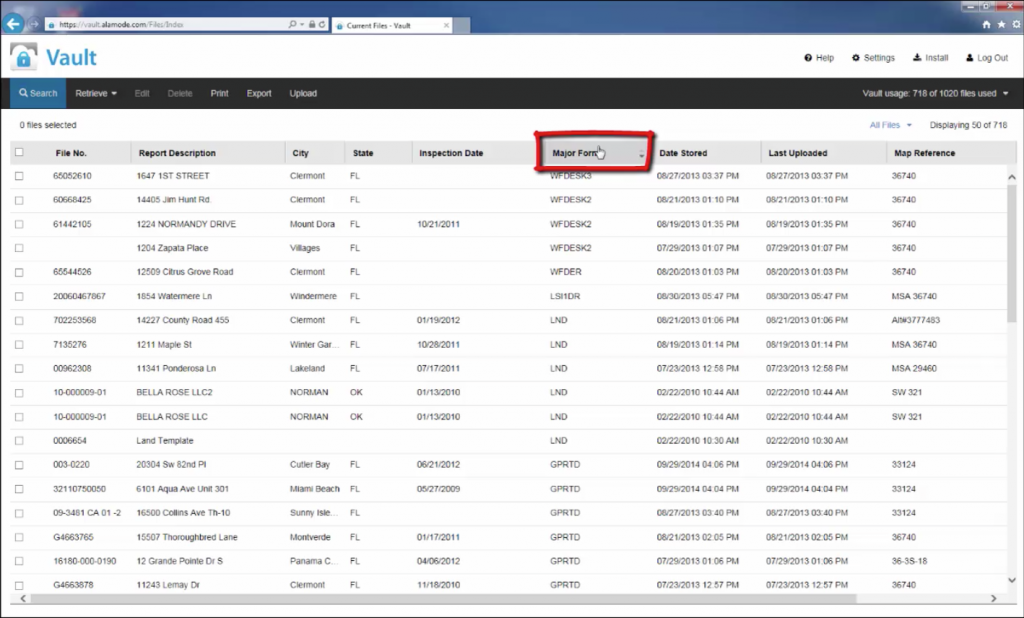 Appraiser Tech Tip:  Finding an old report by form type in your Vault

Let's say your best client asks you to take an assignment that's outside your norm. (Maybe it's using the Single-Family Comparable Rent Schedule, 1007) You accept it and your next step is to look for a similar 1007 you've done. Rather than going by memory and sifting through file names and address, use Vault's search […]

How safe is your county (and your appraisal data)?

We like this National Hazard map because it's an interactive way to see how safe your county is from natural disaster. Having the headquarter in Naples, FL, and Operations Center in Oklahoma City, OK, being well-prepared for natural disasters is in our core DNA. After all, we live with natural events including hurricanes, tornadoes, ice […]

5 things you didn’t know about Vault

Are your reports protected? If your business suffered from a computer crash or natural disaster, could you be back up and running the same day? Chances are, no – or at least not as well or fast as you think. The Vault stores and protects over 14 million reports for appraisers. However, some people are […]